Atrial Fibrillation is becoming increasingly widespread as a whopping 33.5 million people worldwide and 2.5 million people in the United States are victims of the condition. People with this condition have five times more risk of getting a stroke in comparison to people without it. Some risk factors that can lead to Afib are aging, high blood pressure, diabetes, and an existing cardiovascular disease. Finally, another common risk factor is sleep apnea.

Sleep apnea is a sleep disorder that’s usually characterized by breathing becoming critically shallow or stopping altogether when a person is asleep. This means that the brain won’t get enough oxygen, thus forcing the person to partially or fully awaken. A person suffering from sleep apnea can wake up a dozen times each night without even knowing it.

According to physicians, sleep apnea can lead to atrial fibrillation either directly or indirectly. Studies have shown that the condition can directly trigger arrhythmias during sleep. That is due to the heart going through chemical changes and mechanical stress whenever a person awakens due to a lack of oxygen. How to Know If You Have Sleep Apnea

The most accurate way of diagnosing sleep apnea is through an overnight sleep test. This test can be administered at home or in a sleep laboratory. During the test, they measure the number of times a person stops breathing during sleep or the number of times an individual’s breathing becomes shallow. The test also takes into account the amount of oxygen in a person’s blood. Moreover, this test also monitors the heart and brain rhythms as a person sleeps.

You may also pay attention to comments from your spouse or roommate. If someone notices that you snore at night, or you gasp during sleep, then you should seriously consider having a sleep study test to check if you suffer from sleep apnea.

Another indicator that you might be a victim of sleep apnea is a loss of concentration and increasing levels of fatigue despite having slept for eight hours the previous night. At times you’ll feel the need to imbibe lots of caffeine to keep functional during the day.

If you discover that you have sleep apnea, then you should get it treated immediately. Sleep apnea, as already indicated, often leads to atrial fibrillation either directly or indirectly. Treating the condition before it beckons Afib is your best course of action. Again, upon a diagnosis of sleep apnea, you might want to be sure you haven’t developed Afib already. In a good number of cases, the two conditions occur together.

Thankfully, there are ways to treat your sleep apnea. For instance, you can use a CPAP or other doctor-recommended airway device when you go to bed. As you inhale, the air compressor in the device builds enough pressure to give a steady stream of air to keep your airways open. Of course, there are surgical alternatives for those who are hesitant to use the device. 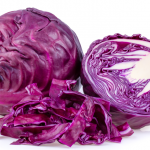 4 Options to Manage and Lower LDL...

AFib: Everything You Need to Know